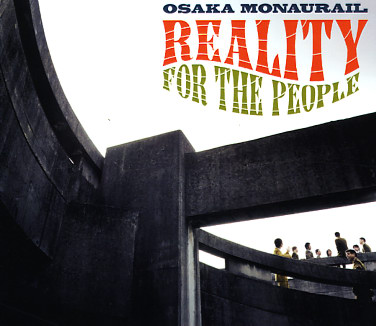 Reality For The People

The greatest work so far from the amazing Osaka Monaurail – one of the best modern funk combos around, and one of the few to rival the greatness of the JBs in the early 70s! Osaka Monaurail have a way of hitting a groove that's simply breathtaking – an approach that has all of the instruments in the group coming down hard hard hard on the rhythm – vamping in a way that only the legendary Fred Wesley could hope to match, even though he hasn't even been sounding this good for many many years! But the album's way more than a simple copycat effort too – because in reaching for the greatness of the JBs, the group have also include plenty of their own touches too – including vocals that are a welcome change from the usual deep funk mode, and which sound better here than they have on any of the group's previous recordings! Titles are a mix of live performances, unreleased studio sides, and one rare single – all monstrously jamming, and totally funky throughout. Titles include "Quick Sand", "I'm Coming Back To The Coming Back", "Opportunity", "Ceora", "We Got One (A Show)", "Reality For The People", and "Pick Up The Pieces One By One (parts 1 & 2)".  © 1996-2021, Dusty Groove, Inc.
(Out of print.)