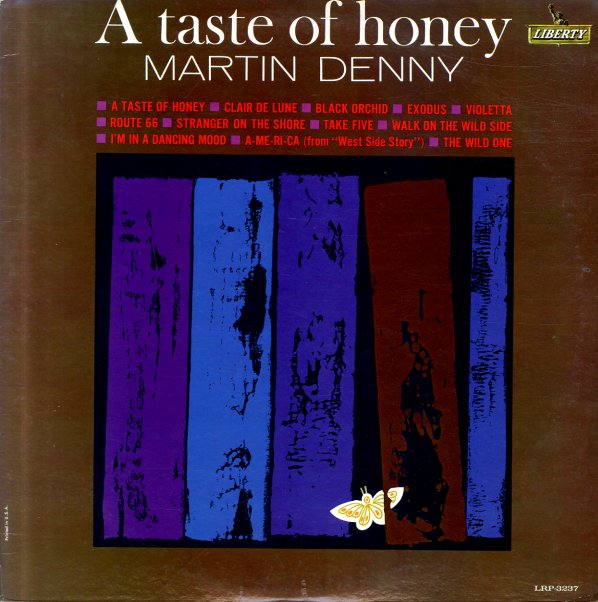 A great later moment from Martin Denny – a set that gave him a big 60s hit in a sweet version of "Taste of Honey"! Denny approaches the tune with all the great mellow moods that Bobby Scott intended – none of the too-fast styles of Hirt, and instead the slow-moving rhythms that work perfectly for the blue undercurrents on the piano. Other tunes follow in a similarly nice blend – still a bit exotic, but almost showing more of a vibes/piano/percussion mix that seems to be borrowed from George Shearing or Cal Tjader – one that we approve of highly! Titles include "Route 66", "Exodus", "I'm In A Dancing Mood", "Black Orchid", "Take Five", and "Taste Of Honey".  © 1996-2023, Dusty Groove, Inc.
(Rainbow label stereo pressing. Cover has surface wear, light edge wear.)