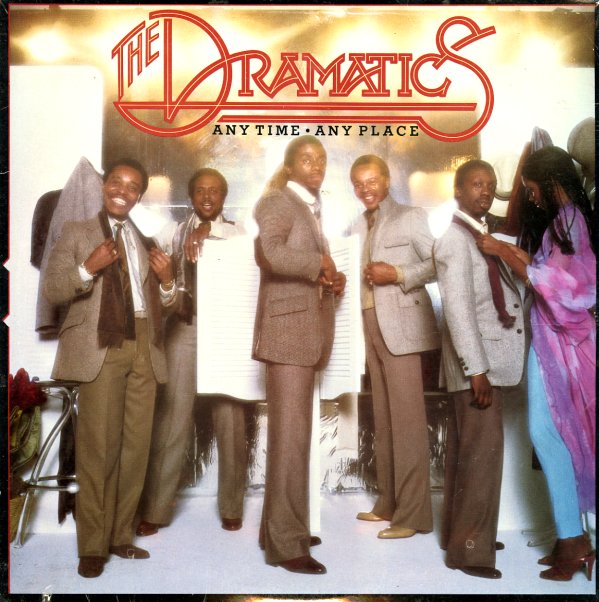 Also available
Dramatics — Any Time Any Place ... LP 4.99
One of the excellent recordings made by The Dramatics at ABC – great group soul gems that are sometimes overlooked because they didn't yield as many hits as earlier sets – but which are stellar records nonetheless! This one's got all the right elements firmly in place – killer production by Don Davis, and smooth but real harmonies from LJ Reynolds, Ron Banks, and the rest of the group. There's a few tracks that hit a smooth sort of groove that might be tagged as "disco" – but which is really just an extension of the super-dope mode that the group used in earlier years – and which has a lot more to offer than just a cheap dancefloor cash in. Titles include "Life Is Just A Playground", "Love Birds", "A Marriage On Paper Only", "I'm Hooked On You", "That's My Favorite Song", "I Think About You", and "I Just Wanna Dance With You".  © 1996-2022, Dusty Groove, Inc.

Spark Of Love (with bonus tracks)
ABC/Universal (Japan), 1978. New Copy
CD...$13.99 16.99 (LP...$6.99)
A real classic from Lenny Williams – most likely his strongest solo album ever! By the time of this set, Lenny had been out of Tower Of Power for a few years, working on his own in the west coast scene. But the real genius here comes from producer/arranger Frank Wilson – once a key ... CD