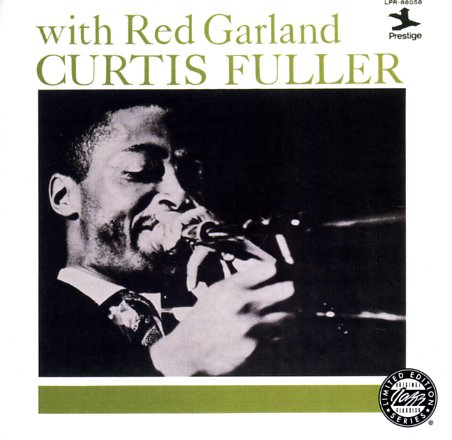 The title may be "Curtis Fuller with Red Garland", but the real star here is Sonny Red – who plays some amazing alto throughout the set! Sonny is kind of the secret star of a few of Curtis Fuller's excellent albums from the time – a sharp-edged young player with a freshness that nicely offsets Fuller's fuller tone, and brings a raspy quality to the records that really makes our ears stand up! Red's solos alone are worth the price of admission, and almost overshadow Curtis' contributions – but you can definitely hear a Fuller construction in the way the tunes roll out – one that's subtle, but grooving, with a nicely rhythmic undercurrent. Rhythm is by Red Garland on piano, Paul Chambers on bass, and Louis Hayes on drums – and tunes include "Cashmere", "Seeing Red", "Slenderella", and "Roc & Troll".  © 1996-2022, Dusty Groove, Inc.
(Out of print.)