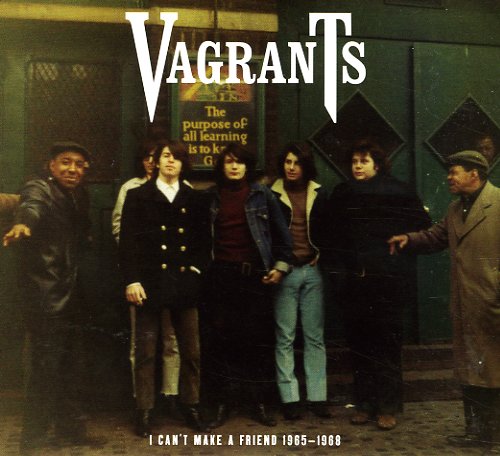 Rare east coast rock from mid 60s Queens, NY by The Vagrants – Forest Hills High School alum who deliver raw, fuzz guitar & organ garage firebombs and sweeter, more tuneful melodies with pretty much equal excellence! The group cut a slew of great singles for Southern Sound, Vanguard, and ATCO – making quite a splash in NY and bare a ripple anywhere else at the time. We're frankly kinda stunned that their Nuggets track was the only thing we'd heard before this great compilation from our friends at Light In The Attic. Includes a nice booklet with notes by Mike Stax (of Ugly Things) and reminiscences from the late Johnny Ramone – a fellow Forest Hills High student and Vagrants fan. Very highly recommended! Titles include "Oh, Those Eyes", "You're Too Young", "I Can't Make A Friend", "Young Blues", "The Final Hour", "Your Hasty Heart", "Respect", "Beside The Sea", "A Sunny Summer Rain", "And When It's Over" and "I Don't Need Your Loving.  © 1996-2021, Dusty Groove, Inc.