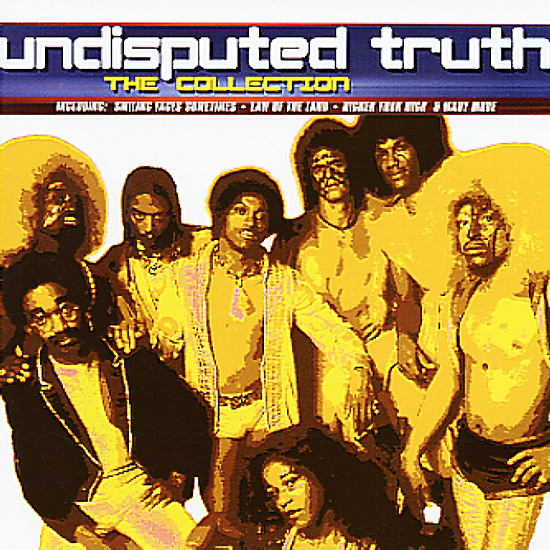 A great overview of one of Motown's hippest soul groups! The Undisputed Truth were the brainchild of Norman Whitfield – and the group were the perfect platform for the "right on" soul that Whitfield was starting to craft in Detroit at the end of the 60s. Whitfield mixed the group's male/female vocal style with a wealth of work on heavy bass, echoey drums, and fuzzy guitars – often having them sing songs with hipper, more contemporary themes, in the same mode as the political conscious soul he'd been working on with The Temptations. This 19 track set is a wonderful collection of the best Motown moments by The Undisputed Truth – with a strong selection of tracks that includes "Smiling Faces Sometimes", "Girl You're Alright", "Law Of The Land", "Help Yourself", "Higher Than High", "Let's Go Back To Day One", "You Got The Love I Need", "You Make Your Own Heaven & Hell", "Papa Was A Rolling Stone", "What's Going On", "I'm A Fool For You", "Spaced Out", and "UFO's".  © 1996-2020, Dusty Groove, Inc.