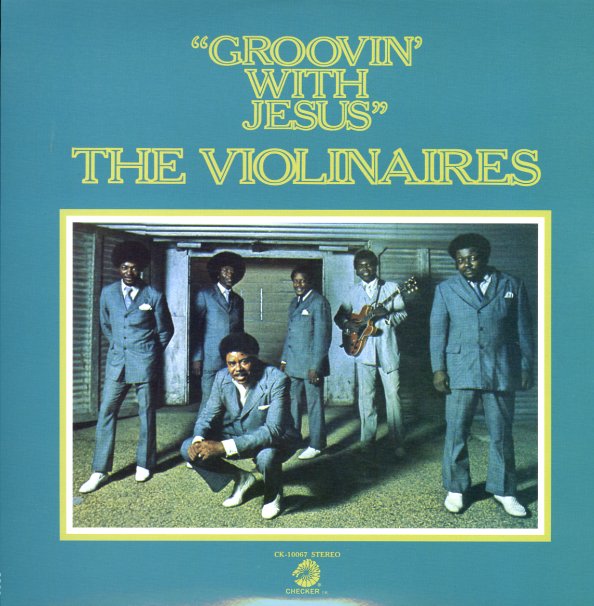 Damn funky gospel from The Violinaires – easily one of the hippest spiritual albums you could ever hope to find on Chess! The groove here is gritty Chicago funk, put together by Gene Barge with lots of heavy bass on the bottom – in a blend that's somewhere between the Cadet/Concept funk used with Chess bluesmen at the time, and some of the bassy bottom modes that Norman Whitfield was using over at Motown! The grooves are more than enough to send this one out to anyone with a secular soul sensibility – and titles include "No Back Door", "Grooving With Jesus", "Let Us Pray", "Let The Sunshine In", "We Got To Live Together", and "Take Me".  © 1996-2022, Dusty Groove, Inc.