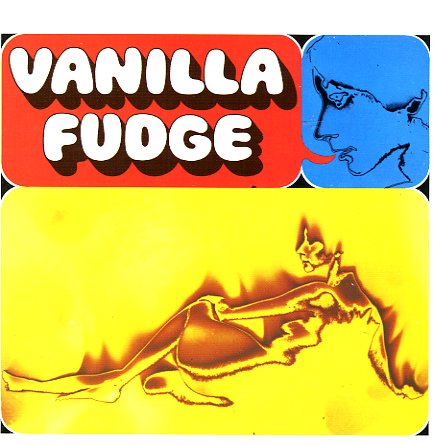 One of the coolest concepts for a record in the 60s – and a set that's the first, and maybe crowning achievement of Vanilla Fudge! The set's mighty trippy – and often offers up very weird, fuzzy remakes of songs that were more mainstream hits for other artists in the 60s – tunes by The Beatles, Zombies, Impressions, and others – taken into really weird new territory by the group's jamming fuzz guitar, stark rhythms, and dark sensibilities. Genius Shadow Morton produced and directed the whole thing – which is one of his crowning achievements, and a great commentary on some of the more mainstream pop he was producing at the time. Titles include "Illusions Of My Childhood", "Eleanor Rigby", "Ticket To Ride", "Bang Bang", "She's Not There", "Take Me For A Little While", and "You Keep Me Hanging On".  © 1996-2022, Dusty Groove, Inc.
(Yellow label pressing. Cover has an old price sticker remnant.)