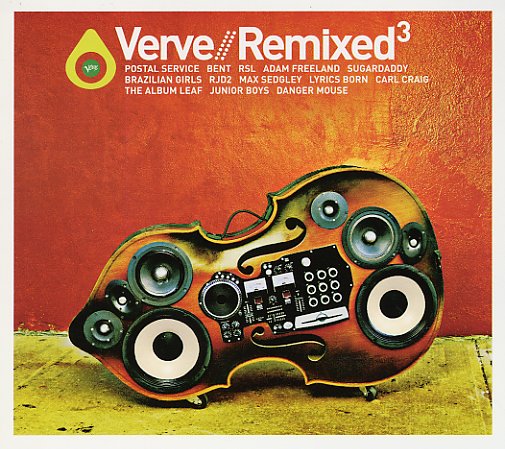 The 3rd volume in the Verve Remixed series – a now-legendary approach to older jazz, and one that's set a whole new standard for the remix scene! As with previous volumes, this one takes a dip in the Universal back catalog – working with older tunes from the Verve, Mercury, and Philips labels – and bringing them nicely up to date with a variety of dancefloor touches. The groove here feels a bit more open than some of the previous volumes – not as much in the Starbucks-torchy mode, and handled with an ear for groovier and farther-reaching sounds. There's still plenty of singers on the set, but the overall sound seems to allow the remixers to get a bit of their own voice into the tunes a bit more. 13 tracks in all – and titles include "Little Girl Blue (Postal Service rmx)" by Nina Simone, "Come Dance With Me (Sugardaddy rmx)" by Shirley Horn, "Speak Low (Bent rmx)" by Billie Holiday, "Sing Sing Sing (RSL rmx)" by Anita O'Day, "Yesterdays (Junior Boys rmx)" by Billie Holiday, "Stay Loose (Lyrics Born rmx)" by Jimmy Smith, "Peter Gunn (Max Sedgley rmx)" by Sarah Vaughan, "Gentle Rain (RJD2 rmx)" by Astrud Gilberto, and "Just One Of Those Things (Brazilian Girls rmx)" by Blossom Dearie.  © 1996-2021, Dusty Groove, Inc.
(Out of print.)