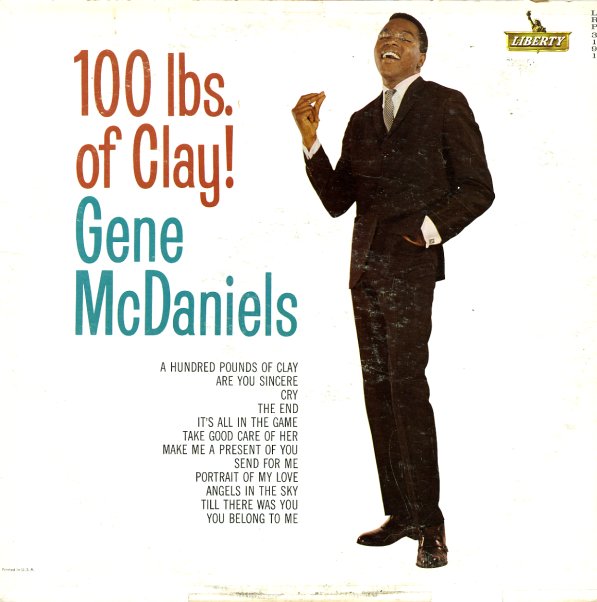 Hard to bel3eve that this is the guy who went on to record Headless Heroes of the Apocalypse, but back in the 60's (and probably even in the 70's), he was a lot better known for the title hit "100 Pounds Of Clay", and for his sweet smooth deep vocal style. The album includes his big hit, plus a lot of other tracks that were made famous by others who went before Gene with a similar style (like Tommy Edwards and Roy Hamilton). Tracks include "The End", "Cry", "Are You Sincere", and "Make Me A Present Of You".  © 1996-2020, Dusty Groove, Inc.
(.)

Mandrill
Polydor, 1970. Good Gatefold
LP...$3.99 (CD...$11.99)
A masterpiece of freeform funk from Mandrill – New York group at the start of the 70s, but one who work here with the best longform jamming styles of the Bay Area scene! The combo draw equal influence from jazz, funk, soul, and Latin – using all elements in a unique hybrid that's all ... LP, Vinyl record album