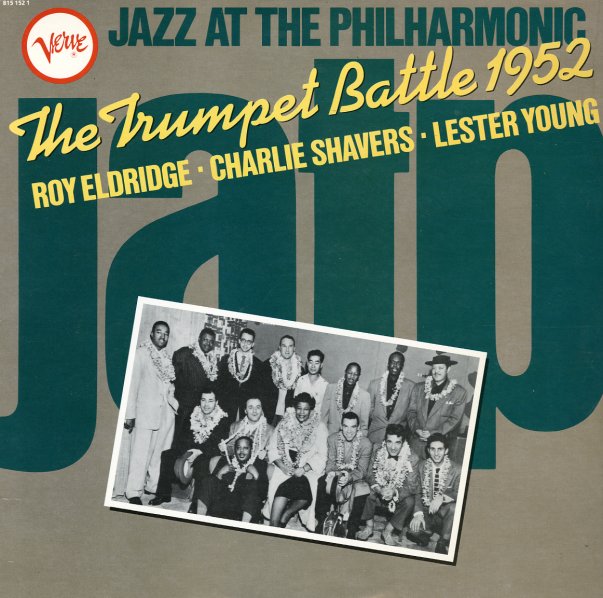 Jazz At The Philharmonic material from 1952 featuring Eldridge and Shavers on trumpet and Lester Young on tenor – with Benny Carter on alto, Flip Phillips on tenor, Oscar Peterson on piano, Berney Kessel on guitar, Ray Brown on bass, and Buddy Rich on drums – on three long tracks that include "Jam Session Blues", "The Trumpet Battle", and a "Ballad Medley".  © 1996-2021, Dusty Groove, Inc.
(80s pressing.)