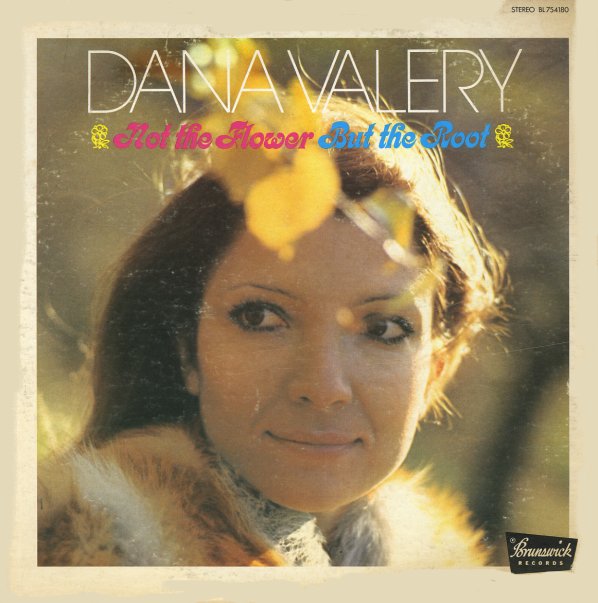 Not The Flower But The Root

A tremendous bit of Chicago soul – from a very unlikely source! Dana Valery's an Italian singer by birth, and spent some time on the London scene in the 60s – but she soars out here in the best sort of Windy City groove we've come to love from the Brunswick label – a sound and style to rival that of labelmates like Barbara Acklin or Jackie, but with a different sort of twist as well! Given Dana's pedigree, the set's almost her own Chicago-styled version of Dusty Springfield's Memphis recordings – as Valery works with killer Brunswick backings put together by Tom Tom Washington and Sonny Sanders – set to that sublime production that only Carl Davis and Willie Henderson could provide – a studio team who really help pull out the best grooves and deepest soul of all the cuts in the set. Added to the mix is the fact that a host of tracks were penned by Eugene Record – making for a mighty sweet set with titles that include "Lady Lady Lady", "I'm Gonna Pay You Back", "Have You Seen Him", "Oh Boy", "The Fountain", and "This Love Is Real".  © 1996-2021, Dusty Groove, Inc.
(Stereo pressing.)

Someone Else's Arms
Brunswick, 1970. Very Good+
LP...$19.99
Beautiful, beautiful Chicago soul from one of the women who did it best – the always-amazing Barbara Acklin, a singer who managed to mix the raw and the smooth in a really unique way! The record's a mix of some sweet originals, plus covers that Barbara handles with her usual poise and class ... LP, Vinyl record album

I Get The Sweetest Feeling
Brunswick, 1968. Very Good
LP...$7.99
Pure greatness from the second chapter of Jackie Wilson on Brunswick Records – that great stretch when the singer had some mighty fresh backings from the best soul talents Chicago had to offer – which really helped him set loose with a whole new groove! Wilson's vocals have all the ... LP, Vinyl record album