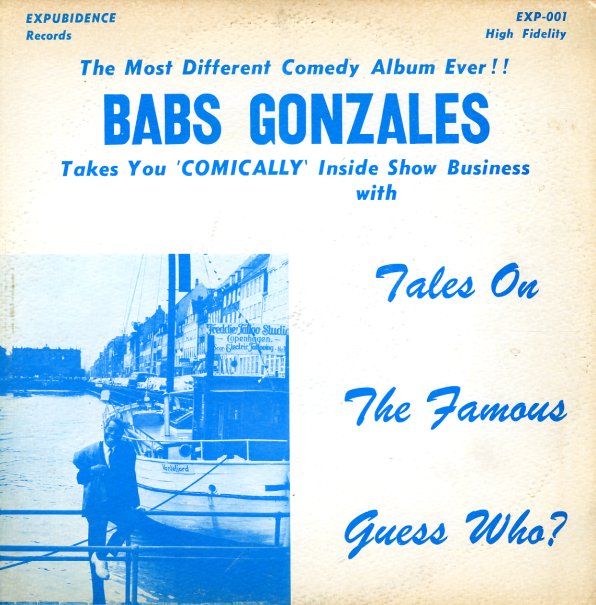 One of Bab's rare LPs from the late 50's, when he wasn't doing as much recording for the big labels, and instead was self-releasing crazy material like this. This is a live set, with some musical accompaniment, in which Babs "tells all" about some of the jazz greats. He's changed the names to protect the far from innocent, so Art Blakey becomes Smart Snakely, and Illinois Jacquet becomes Michigan Coat – and Babs' indictments are pretty severe. Apart from being a great funny bit of Babs Gonzales material, this LP is also an amazing insight to the reputations that some of the biggest jazz players had at the time. Great stuff!  © 1996-2021, Dusty Groove, Inc.
(Pink label pressing with deep groove. Cover is stained on 4 inches along the spine, with some flaking and peeling, and split seams held with pieces of clear tape.)

On The Live Side
Magenta, 1986. Near Mint-
LP...$5.99
With Phil Woods on alto sax, Steve Miller on guitar and vocals, Billy Peterson on bass, Ricky Peterson on synthesizers and vocals, and Gordy Knudtson on drums. LP, Vinyl record album