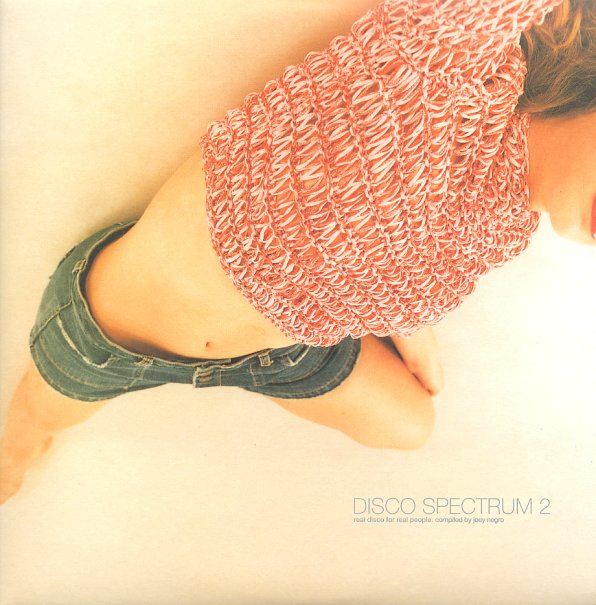 An excellent companion to the legendary first Disco Spectrum set – and like the first, this one's a stunning batch of rare club tracks, expertly selected by Joey Negro! This one's even more soulful than the first set – and is more a great set of rare club and dancefloor tracks, than it is a straight bunch of disco tunes. Nearly every cut's a winner, and there's loads of excellent vocals, and plenty of nice jazzy playing in the mix. This vinyl version is on 3 monster LPs, featuring a total of 13 cuts, all unmixed – including "Let Me Be Your Fantasy" by Love Symphony Orchestra, "Spread Love" by Al Hudson & The Partners, "Making Love" by Sammy Gordon & The Hip Huggers, "Welcome To The Disco" by Air Power, "Phoenix" by Aquarian Dream, "Do It Any Way You Wanna" by Louis Ramirez, "Music Is My Way Of Life" by Patti Labelle, "Don't Let This Rainbow Pass Me By" by Cloud One, "Get Another Love" by Chantal Curtis, and "I'll Keep A Light In My Window" by NYCC.  © 1996-2022, Dusty Groove, Inc.
(Includes the printed inner sleeves – and in nice shape.)

DJ Andy Smith Presents Reach Up – Disco Wonderland Vol 2 (3LP set)
BBE (UK), Late 70s/Early 80s. Near Mint- 3LP Gatefold
LP...$29.99
A soaring batch of disco gems, club cuts, and undiscovered nuggets – all pulled together to make a set that's even better than the first entry in this Disco Wonderland series! DJ Andy Smith and associates bring together a great array of fresh tracks from back in the day – not massive ... LP, Vinyl record album

Johnny D Presents Disco Jamms Vol 1
BBE (UK), Late 70s/Early 80s. Near Mint- 2LP Gatefold
LP...$24.99
Deep, deep disco selected by Johnny "D" DeMairo – one of the more pivotal underground club music figures of the past couple decades, via his role in setting up the Henry Street imprint – here putting together an incredible set of the rare disco greatness! This is the ... LP, Vinyl record album

Eccentric Soul – Capitol City Soul
Numero, Late 60s/Early 70s. Near Mint- 2LP Gatefold
LP...$19.99
The Numero Group takes a great step backwards – returning to the capital city of Ohio, Columbus – to mine the same soul and funk treasure trove of their Capsoul collection! The music here comes from the same scene – and often from Capsoul or related labels – and the set ... LP, Vinyl record album

Super Funk Vol 3 – Still Rarer & Funkier Funk
BGP (UK), Late 60s/Early 70s. Near Mint- 2LP
LP...$22.99 (LP...$18.99)
A killer batch of rare funky tunes – pulled from a host of tiny labels, and put together with a quality level that would blow away a crate full of of funky 45s! This third volume in the Super Funk series seems to dig even deeper than the first two – and it also includes few incredible ... LP, Vinyl record album

Funky LA – Lost Funk & Rare Grooves From The Los Angeles Underground 1970 to 1975
Swamp Fuzz, Early 70s. Very Good+
LP...$24.99
A look at the lost LA funk scene of the early 70s – that completely underground territory that was working in a much hipper groove than most of the mainstream – all without the support of larger labels or bigger radio support! The grooves here are plenty darn gritty to earn the funky ... LP, Vinyl record album