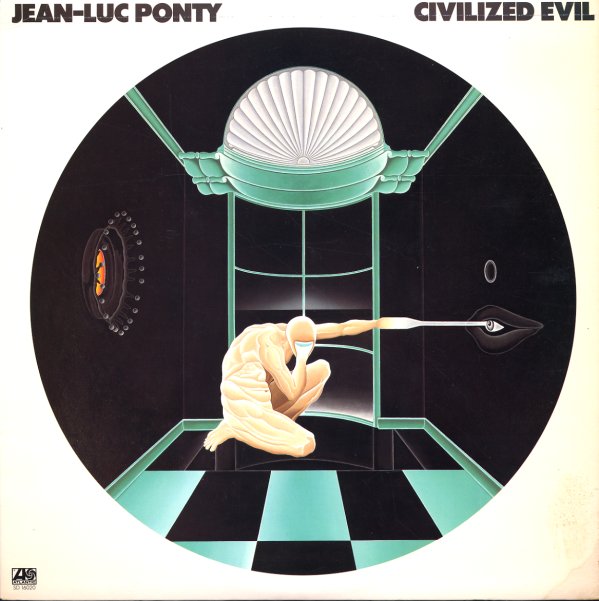 With Joaquin Lievano on guitar, Chris Rhyne on keyboards, Randy Jackosn on bass, and Mark Craney on drums.  © 1996-2022, Dusty Groove, Inc.
(Cover has a promo stamp, some surface wear, small peel on the bottom – but this comes with a glossy 5x7 promo photo and a 2 page bio!)

Open Mind
Atlantic, 1984. Very Good+
LP...$3.99
Jean Luc Ponty is in very tight formation here – continuing that nice shift to sparer grooves he made at the start of the 80s – when the more cluttered fusion modes of the 70s seemed a bit outdated! Most of the music here comes from keyboards and violin – usually in ways that are ... LP, Vinyl record album

Mystical Adventures
Atlantic, 1982. Very Good+
LP...$6.99
Definitely some mystical adventures here from Jean-Luc Ponty – one of the few artists on the violin who can make it come up with sounds like this – weird cool and spacey elements that sound great next to the album's use of organ, keyboard, and Fender Rhodes! The album features two long ... LP, Vinyl record album

King Kong – Jean Luc Ponty Plays The Music Of Frank Zappa
World Pacific, Late 60s. Very Good
LP...$14.99
Trippy electric fusion from the west coast – a record that features Ponty, who was working with Zappa at the time, playing a set of electric jazz takes on Zappa tunes – with lots of added help from George Duke, who was also working with Zappa too! The set's almost a "birth of ... LP, Vinyl record album