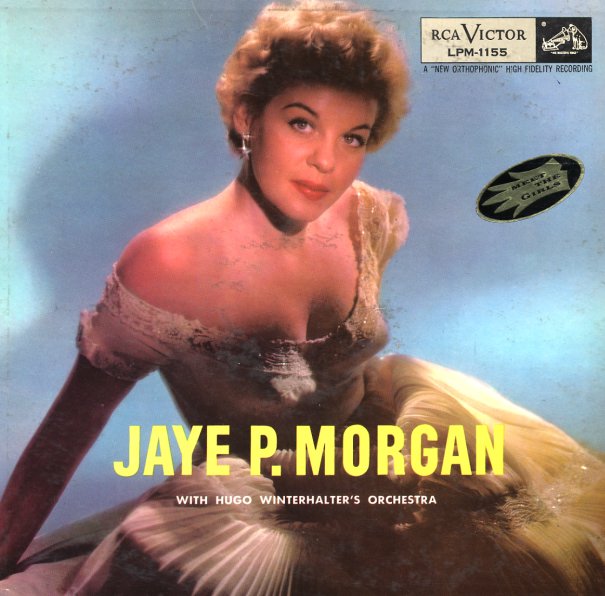 (German black label mono pressing. Cover has the opening on the top and has light wear.)

Just You Just Me
RCA, 1958. Very Good
LP...$11.99
Swinging early vocals from Jaye P Morgan – a set that reminds us that she had a lot more to offer back in the day than her frequent appearances on The Gong Show! The approach here is straight, jazzy, and plenty darn groovy – arranged by Marion Evans with a nice sense of swing, and ... LP, Vinyl record album

Sentimental Journey
MPS, 1974. Near Mint-
LP...$2.99
A surprisingly wonderful album by the Singers Unlimited – and one of their best for MPS! The album features mostly older evergreens, arranged in a lush style by Robert Farnon – and both of those elements would normally be enough to turn us off – but somehow Gene Puerling and crew ... LP, Vinyl record album