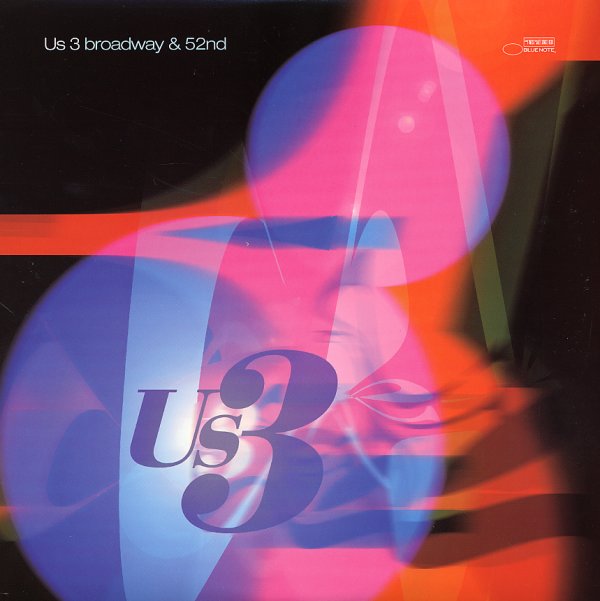 Not a bad record overall, despite a slightly painful attempt from Bruce Lundvall (in the liner notes) to claim that US 3 are Blue Note's link between the past and the future – a fact that everyone certainly knew by then, as the group scored more cash for Blue Note in a short time than most other artists did in a lifetime! Apart from the odd rap, which as always, gets in the way, there's some nice enough moments on here – especially when Ed Jones gets to play a bit of sax. Titles include "Hymn For Her", "Soul Brother", "Time & Space", "Doin A Crime", "Nowadays", "Grand Groove", "True To The Game", "Come On Everybody (Get Down", "Caught Up In A Struggle", and "Soul Brother".  © 1996-2021, Dusty Groove, Inc.
(Out of print. Mark throuhg barcode, disc has a promo stamp.)