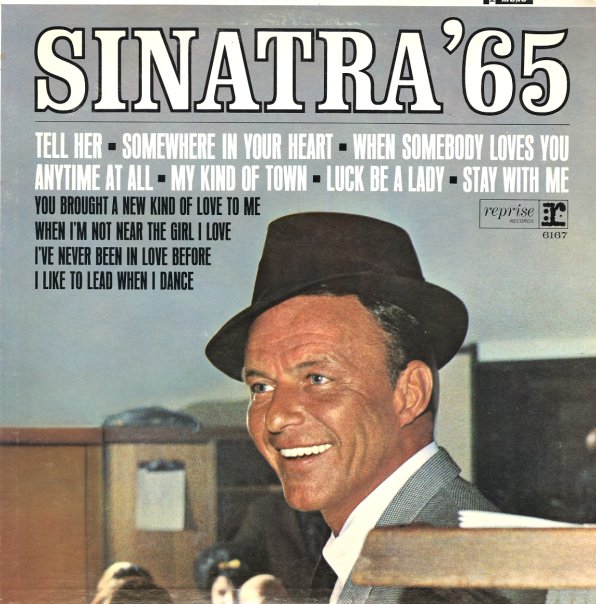 Frank Sinatra, 1965 – really changing up his groove with some hipper work from Sonny Burke and Jimmy Bowen in the studio – on titles that include "Tell Her", "I Like To Lead When I Dance", "When Somebody Loves You", "Somewhere In Your Heart", and "Anytime At All".  © 1996-2022, Dusty Groove, Inc.
(Tri-color stereo pressing. Cover has light aging & is a great copy overall!)