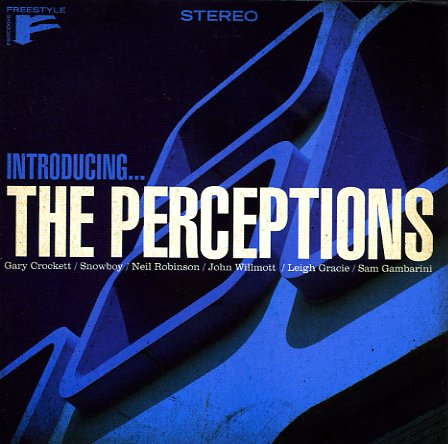 A deep funk supergroup – one that features Snowboy on congas, alongside members of The Sound Stylistics, Speedometer, and James Taylor Quartet! The groove's as classic as you might expect from such a resume – a sound that starts in 60s soul jazz, and moves up to funky 70s moments – almost sitting perfectly in that great era when Prestige and Blue Note were changing up their groove at the start of the decade! Instrumentation features Grant Green-like guitar, Jack McDuff-ish Hammond, and nicely cooking tenor, alto, and flute – all used in different combinations throughout the set. Titles include "Fathead", "Running The Risk", "Right The Wrong", "Inside Outside", "Nicky's Knack", "Rolling & Tumbling", and "Hurricane Warning".  © 1996-2022, Dusty Groove, Inc.
(Sealed.)

Can't Stand The Pressure
Now Again, 2015. Used
CD...$8.99
The first-ever CD issue of a range of material from this ultra-hip group – all tracks that originally appeared on vinyl-only releases, now making their CD debut in an overstuffed collection that features 24 tracks in all! The vibe here is great – that Karl Hector & The Malcouns mix ... CD

Dap-Dippin' With Sharon Jones & The Dap Kings
Daptone, 2002. Used
CD...$7.99
A stunner – the first full album by deep funk singer Sharon Jones, and an instant soul masterpiece! The album's right up there with the best work by James Brown divas like Marva Whitney, Vicki Anderson, and Lyn Collins – and overall, we might dare say that the album's even better than ... CD

V
Daptone, 2019. Used
CD...$7.99
It's hard to believe that the Budos Band have been around long enough to give us five full albums – but along the way, they've also picked up plenty of power to add to their sound! This time around, the guitars seem even sharper than ever – full and fuzzy, and maybe even touched with ... CD