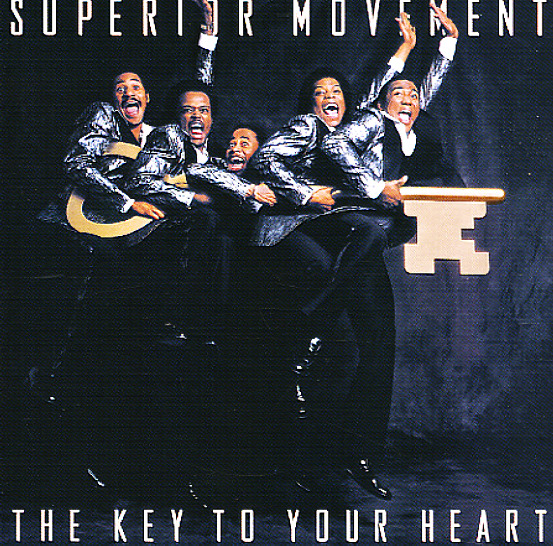 Key To Your Heart

Sublime soul from Superior Movement – an overlooked Chicago group of the 80s, but one that's every bit as wonderful as any of the bigger acts we can think of from the time! The group definitely put harmonies first in their music – and although the album's a bigger-label effort, the vocals have the wonderfully personal feel of smaller label harmony soul from years back – retooled a bit with 80s instrumentation, which makes for a surprisingly great mix with the lyrics. Things are tight, but never too smooth – very well balanced, with none of the too-commercial missteps that other groups were making at the time – and titles include "The Key To Your Heart", "For You", "Come Fly With Me", "Lost Affair", "Guilty", "Sweet Dreams", and "Be My Cinderella".  © 1996-2022, Dusty Groove, Inc.