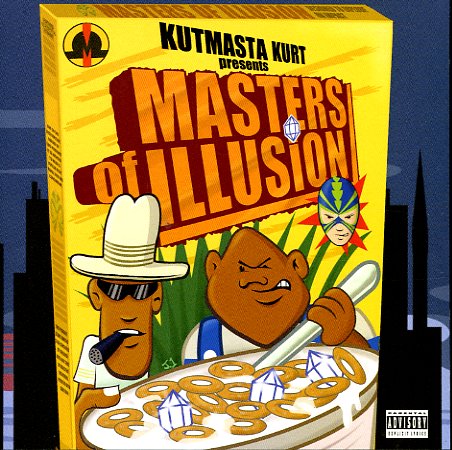 This album was produced entirely by Kutmasta Kurt, featuring rhymes by Kool Keith and Motion Man. Yep, ANOTHER Kool Keith project! This one has it's hilarious moments, as they all do, but Kutmasta Kurt's the star of the show this time around, with head nodding production throughout. Includes "Masters Of Illusion", "Magnum Be I", "U Wanna Freestyle?", "Scared Straight", "Step Up", 'East West Hustlers", "The Bay-Bronx Bridge", "Call Up the National Guard", "Back Up Kid", "Souped Up" and "Urban legends". 18 tracks in all.  © 1996-2021, Dusty Groove, Inc.
(Out of print.)