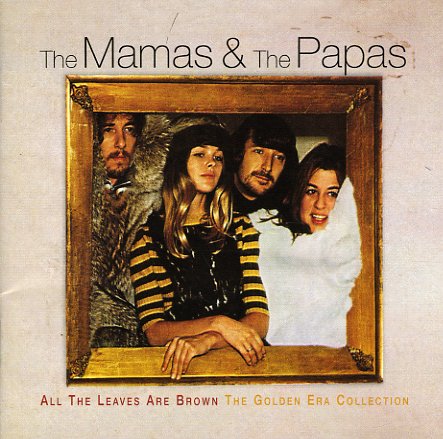 All The Leaves Are Brown – The Golden Era Collection

Attention fans of The Mamas & The Papas: Christmas has come early this year! This totally excellent set is better than any fan of this groovy late 60s vocal group could have ever hoped for – as it features 4 of their classic LPs for Dunhill, presented in their entirety, mixed with additional bonus tracks! This one is a huge surprise to all of us who've had to be content with only greatest hits collections by the group for years – and it's the first time we've really been able to hear (on CD) all the subtle mania of the group. These guys are way more than just their hits "Monday Monday" and "California Dreamin" – as John & Michelle Phillips, Cass Elliott, and Denny Doherty were as much a part of the mad, twisted, late 60s LA scene as Brian Wilson, Arthur Lee, or Van Dyke Parks. There's a whopping 52 tracks in all, plus a totally excellent booklet of notes – and titles include "Dancing In The Street", "I Saw Her Again", "Words Of Love", "Straight Shooter", "Got A Feelin", "Safe In My Garden", "Gemini Childe", "Nothing's Too Good For My Little Girl", "Midnight Voyage", "Creeque Alley", "Dedicated To The One I Love", "Glad To Be Unhappy", "I Saw Her Again", and lots more!  © 1996-2021, Dusty Groove, Inc.
(On demand CDr pressing.)