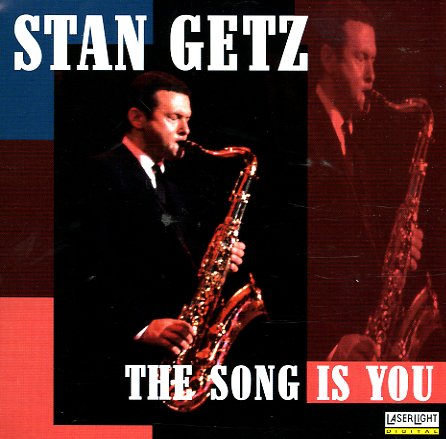 A very interesting live set from 1969, and one that captures Stan Getz hanging in the balance between a number of different eras! He's playing here in a vein that's very similar to his work on the classic Sweet Rain album – with wonderfully rich emotional solos, filled with pain and longing – but the record also features touches of earlier bossa years, especially on the track "One Note Samba", which features an unnamed female vocalist! The group's a very hip one – with Stanley Cowell on piano, Miroslav Vitous on bass, and Jack DeJohnette on drums – and titles include "For Jane", "All The Things You Are", "Major General", "The Song Is You", "One Note Samba", and "Folk Tune For Bass".  © 1996-2021, Dusty Groove, Inc.

East Of The Sun – The West Coast Sessions (3CD set)
Verve, Mid 50s. Used 3 CDs
CD...$11.99
A great 3CD package, with loads of unreleased material – bringing together all of the famous west coast sessions recorded by Stan Getz for Verve – with work by Conte Candoli on trumpet, Lou Levy on piano, Leroy Vinnegar on bass, and Shelly Manne on drums! CD

Blue Bossa
Groove Merchant/LRC, 1991. Used
CD...$5.99
A budget package, but a great little record – a lively session from pianist McCoy Tyner, and one that's served up with a good deal of Latin influence in the rhythms! The sound here is easily on a par with any of Tyner's albums for bigger labels – especially Fantasy in the 70s – ... CD