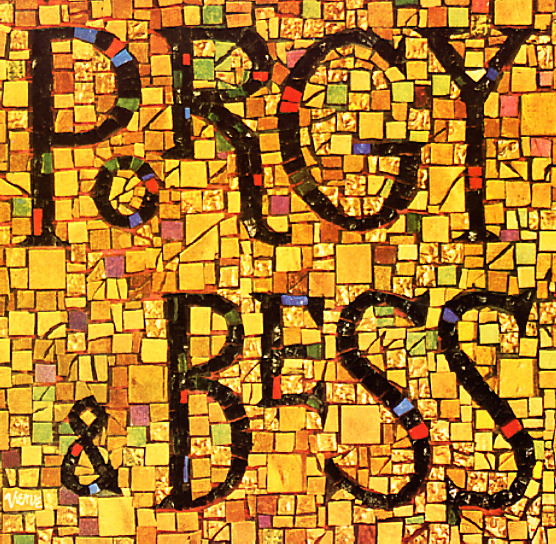 One of the hippest takes ever on the Porgy & Bess score – done in duet format by Ella Fitzgerald and Louis Armstrong, in a fuller spirit than their other albums for Verve! Like many late 50s albums of Gershwin's score, this one was issued in advance of the film with Sidney Poitier – but unlike most, this is less of a cash-in affair, and really takes Gershwin's music on its own – serving it up with that newly serious style that Verve was hitting with some artists, especially Ella, in the latter half of the 50s. Most tracks have relatively full backings – strings and jazz orchestrations – and the double-length set features 15 tracks that include "Buzzard Song", "I Got Plenty O Nuttin", "My Man's Gone Now", "I Wants To Stay Here", "Summertime", "It Ain't Necessarily So", "What You Want Wid Bess", "There's A Boat Dat's Leavin Soon For New York", "Oh Lawd I'm On My Way", and "A Woman Is A Sometime Thing".  © 1996-2022, Dusty Groove, Inc.

Ella & Louis
Verve, Late 50s. Used
CD...$4.99
A legendary pairing of two classic postwar singers – each of whom were really finding their own sort of sound in the 50s, then found a way to make some real magic together on a record like this! Louis Armstrong was very much senior to the younger Ella Fitzgerald – but both had become ... CD