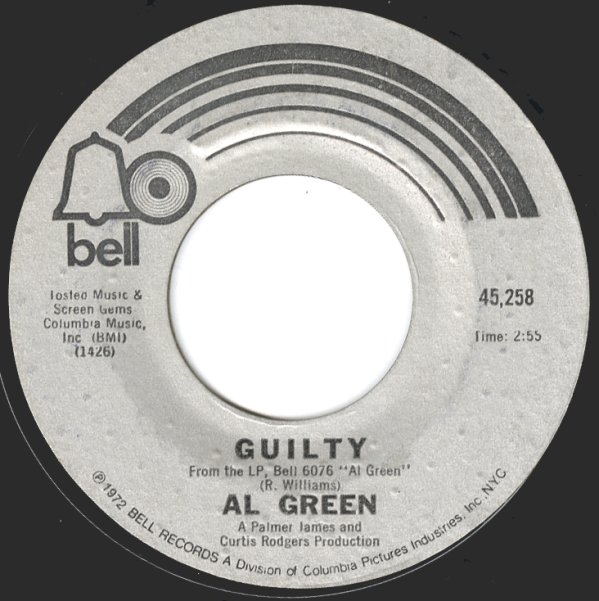 Two tunes by Al Green from his early pre-Hi Records years! "Let Me Help You" is a great little groover – socking soul power, swinging, with vocals that sound nothing at all like Al in later years, but still quite nice! "Guilty" is a sweet mellow number – a bit more like later work, but still with a different edge that makes it really compelling.  © 1996-2021, Dusty Groove, Inc.