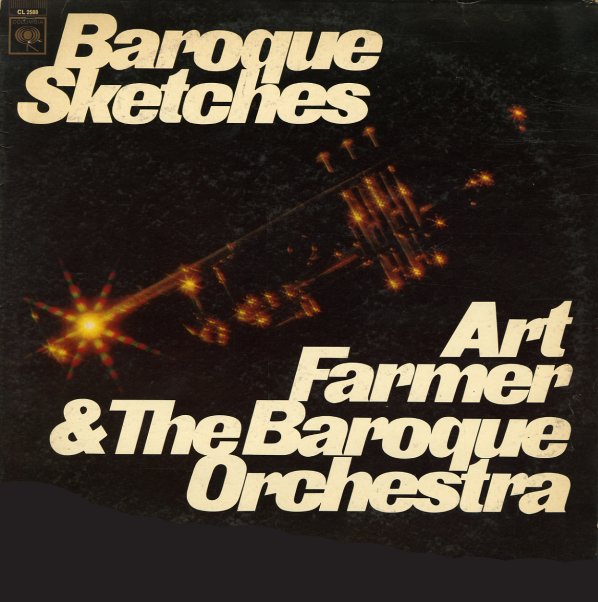 Baroque Sketches shows the wider reaching side of Art Farmer, and features him soloing over large arrangements of material that have a distinct "baroque" approach. The settings are complicated, but Farmer's deft work is more than enough to match the scene – and he responds with a rich array of colors and tones on tracks that include "Sinfonia", "Little David's Fugue", "Rhythm Of Life", "Etude", and "Alfie's Theme".  © 1996-2020, Dusty Groove, Inc.
(360 Sound stereo pressing. Cover has ring & edge wear, half split top seam, and a promo ink stamp on back.)