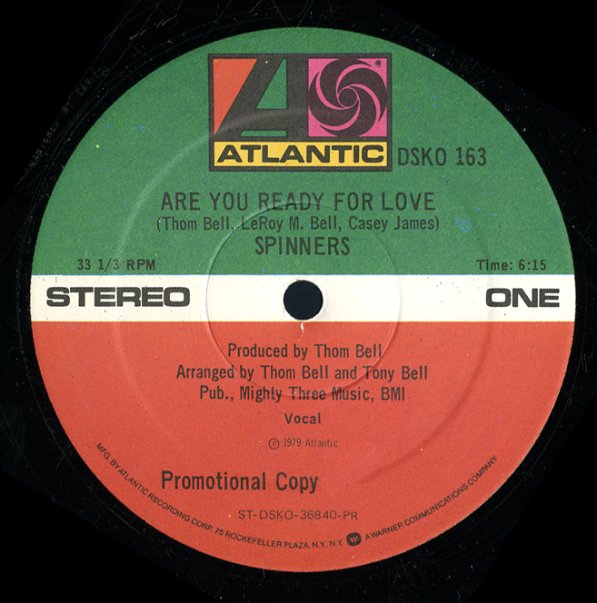 Are You Ready For Love/Once You Fall In Love

(Promo in a stickered Atlantic sleeve. Sleeve and labels have some marker.)

Dance Fantasy Inspired By Close Encounters Of The Third Kind/Warp Factor II
Atlantic, 1978. Very Good+
12-inch...$14.99
Forget the hokey concept of this one, and dig the grooves! This single's got two sublime spacey disco cuts, with solid Philly instrumentalizing, all directed by Vince Montana, who arranged, produced, and conducted the session! 12-inch, Vinyl record

Lipstick (double a-side single)
Atlantic, 1976. Near Mint-
12-inch...$9.99
A jazzy disco number from the soundtrack to the film Lipstick – instrumental all the way through, and with some clavinet grooving that keeps the cut a bit funky, never dropping into the sleeze for which it was scored! 12-inch, Vinyl record