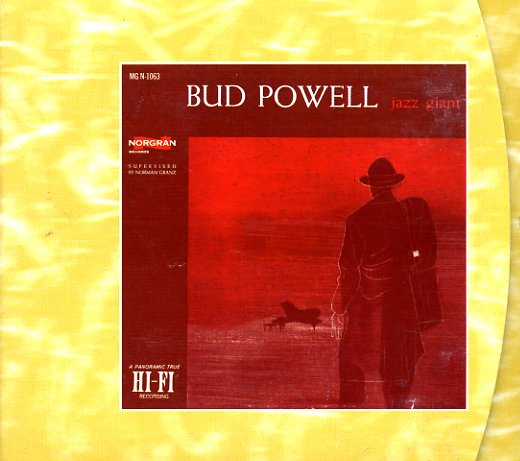 Classic Bud Powell trio work for Verve – recorded with Max Roach on drums, adding a nice edge to the session! The record features some of Powell's classics – like "Tempus Fugit", "Strictly Confidential", and "Celia" – plus other haunting renditions of standards like "Get Happy", "Yesterdays", and "April In Paris" – all wrapped up in a nice cover that features a moody David Stone Martin image in red!  © 1996-2020, Dusty Groove, Inc.
(Out of print Verve Master edition.)

Lover Come Back To Me – Broadcast Performances
Magic Music, 1953. Used
CD...$8.99
Bud Powell, Oscar Pettiford, and Roy Haynes captured live at the Royal Roost. Tracks include "Tea For Two", "Lover Come Back To Me", "Lullaby Of Birdland", "Ornithology", and "I've Got You Under My Skin". CD

Bud Powell Trio Plays
Roulette/EMI, 1947/1953. Used
CD...$2.99
Seminal sounds from the great Bud Powell – recorded right at an early moment when the pianist was bursting into Birdland fame – working here with a key trio that features Curley Russell on bass and a young Max Roach on drums! Bud seems to have a bit more color in his keys here than in ... CD