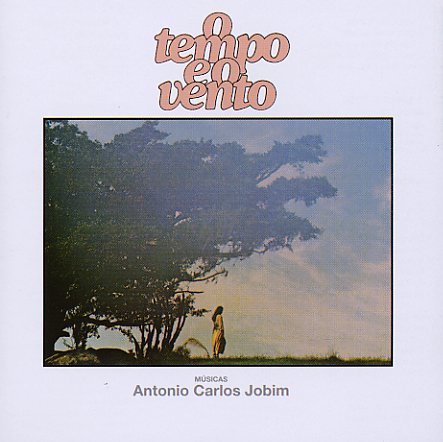 A mellow soundtrack by Jobim – written for an O Globo production, and featuring about half songs by Jobim himself. These are sweeping and lush, in the mode of his work on the Passarim album – and they feature a mixture of strings and keyboards, with woodwind flourishes. Titles include "Introducao", "O Tempo E O Vento", "Chanson Pour Michelle", and "Bangzalia". Other tracks are by a variety of artists, and include "Senhora Dona Bibiana" and "Rodrigo Meu Capitao" by Ze Renato, "Querencia Boi Barroso" by Conjunto Farroupilha, and "Um Certo Capitao Rodrigo" by Kleiton E Kledir.  © 1996-2023, Dusty Groove, Inc.

Historia Da Musica Popular Brasileira (12 inch LP & booklet)
Abril Cultural (Brazil), 1982. Near Mint- Gatefold
LP...$11.99
Very cool! This is the second pressing of this Edu Lobo "best of" – and like the first, it includes an excellent booklet of writings and photos – but unlike the first, this is a 12" LP, so it's actually got more songs. As with the others in this series, the album ... LP, Vinyl record album

Work Of Love
Nucleus, 1967. Sealed
LP...$0.99
A light and dreamy set of Brazilian vocal tracks – recorded in 1967, and featuring the voice of singer Lenita Bruno, a strong 60s talent with a style that's somewhat like Sylvia Telles. Arrangements on the set are by Clare Fischer – who plays piano, organ, and electric harpsichord in a ... LP, Vinyl record album

Getz/Gilberto #2
Verve, 1964. Very Good+ Gatefold
LP...$29.99 (CD...$7.99)
A very different record than the first collaboration between Stan Getz & Joao Gilberto – but that's also one of the things that makes it great! The album's more of a split LP than a shared one – as side one features a live performance from the great mid 60s Stan Getz quartet that ... LP, Vinyl record album

Breakin' – Original Soundtrack
Polydor, 1984. Very Good+
LP...$11.99
Sure, maybe Breakin wasn't the most accurate, most faithful portrait of life on the streets in the early 80s – but the film was a great breakout moment for hip hop culture in the mainstream, and also helped sell the new style with a heavy dose of soul! The real stars here are Ollie & ... LP, Vinyl record album