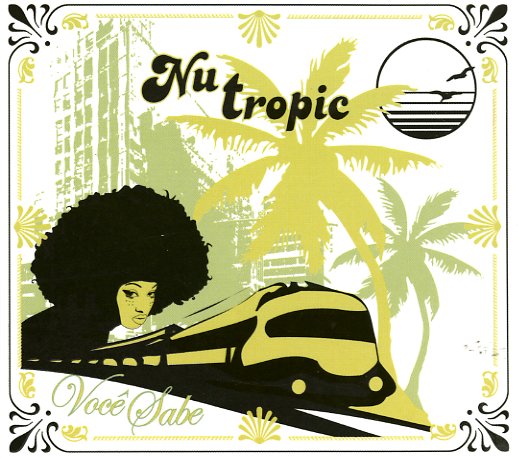 The first full length set from a group we love for their earlier singles on Comet Records – and who step out here with a well-crafted approach to dancefloor Brazilian! Nutropic have a soulful sensibility that goes way beyond simple bossa remix tricks – a style that balances Brazilian rhythms with some warmer soul-based touches – almost in the mode of the first few singles by Mr Hermano, but often with a gentler groove and a nice use of jazz from time to time. Vocals are especially strong – sung by Fernanda Porto, Anna Torres, and Allen Hoist – and lots of the tracks have excellent keyboards that really round out the sound. Titles include "Leva E Traz", "Suave", "Galeao 70", "Sambador", "Voce Sabe", "Eastern Soul", "Saudade De Um Grande Amor", "Papa Songo", and "Pascalito's Theme".  © 1996-2020, Dusty Groove, Inc.