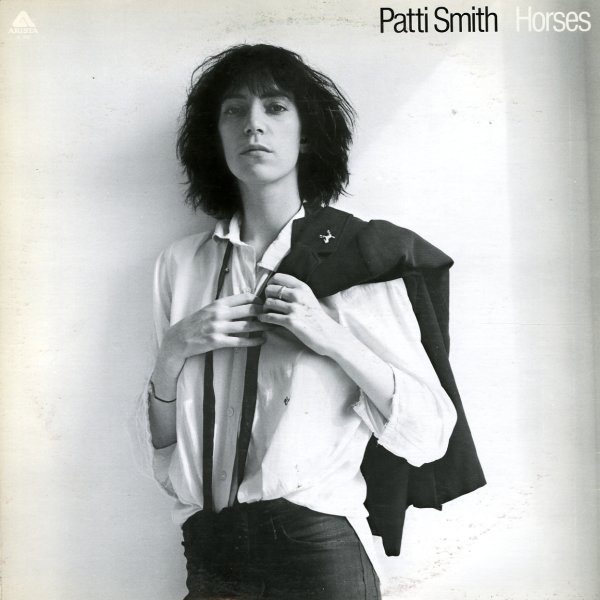 Patti Smith's first album and one of greatest rock albums of the 70s! Pure, driving passion powers Patti as profoundly as it ever would here on horses. The musicianship is famously top notch, too, making for one of those amazing moments in rock when a great voice – not just a great sounding singer, but uniquely visionary presence ultimately proves to be more forceful than the players. Produced by John Cale, with great guitar from Lenny Kaye – and titles that include "Gloria", "Redondo Beach", "Birdland", "Free Money", "Kimberly", and "Land".  © 1996-2020, Dusty Groove, Inc.
(Late 70s pressing, with Sterling stamp, in a black letter cover, with light wear and light aging.)