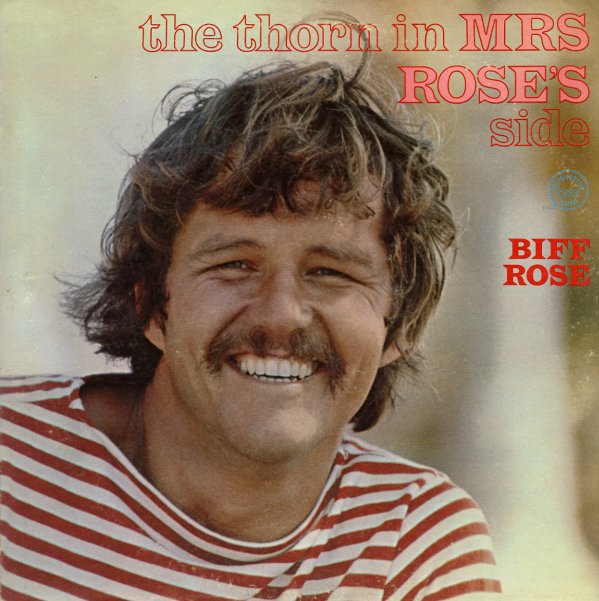 Tremendous work from Biff Rose – a near-lost singer-songwriter from the late 60s, barely remembered as the author of "Fill Your Heart" from David Bowie's Hunky Dory album – but an incredible talent that we'd rank right up there with Van Dyke Parks or early Randy Newman for sheer American brilliance! As in the work of Parks, there's a quality here that's completely unique – informed by the freedoms of the folk generation, but tuned with older-styled arrangements that while full, still manage to convey a sense of person and presence – as in some of the best early recordings of Leonard Cohen. And like Cohen, Rose has a really poetically-styled approach to his lyrics – far beyond the sardonic eye of folkies, or the indulgence of hippies – and infused with a sense of hope that crackles out of the tunes along with his own crackly vocals. Vocally, we'd almost link Rose to Bob Dorough for a sheer "oh what the hell I'm just gonna sing this" approach – and like Dorough, there's no silliness at all – but real sincerity where we'd never expect it, in a way that leaves us breathless. The set features arrangements by Rose, Arthur Wright, Kirby Johnson, and Nick Woods – on titles that include "Mama's Boy", "Angel Tension", "Molly", "The Stars", "It's Happening", "Buzz The Fuzz", and "The Man".  © 1996-2021, Dusty Groove, Inc.
(Original Tetragrammaton pressing. Cover has some wear and aging.)

Into The Fire
United Artists, 1970. Very Good+
LP...$9.99
The second solo album by Wynder K Frog – a groovy Brit organist who's probably best known for his work with Traffic, but who's really opening up here, laying down some wonderfully jazzy and funky instrumentals with a fuzzy Hammond sound that's really great! Although the set was recorded in ... LP, Vinyl record album