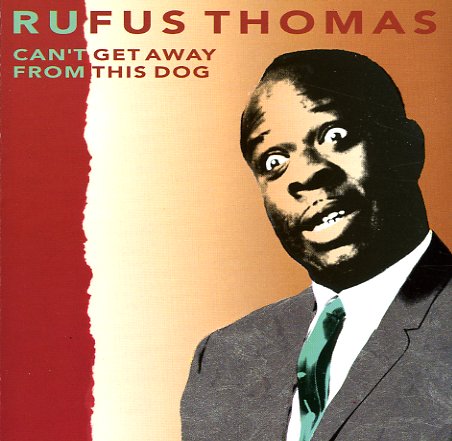 Can't Get Away From This Dog

Can't get away from this dog – and who'd want to anyway, with music this funky! The set features a load of rare Rufus Thomas material done during his early years at Stax – that pre-funk period when Thomas was only recording a bit for the label, but really coming up with some amazing grooves – a style rooted in his earlier R&B modes, touched with the more modern 60s Memphis soul vibe – delivered with all the punch, power, and dash of wit that's always made Rufus so great over the years! Most material features Booker T & The MGs and The Mar-Keys backing Thomas up – and titles include "Can't Get Away From This Dog", "Show Me The Way To Go Home", "Jump Back (alt)", "I Want To Hold You", "44 Long", "Strolling Beale No 1", and "Cherry Red".  © 1996-2022, Dusty Groove, Inc.
(CD case has a small cutout hole.)

Live At Ronnie Scott's (CD/DVD DualDisc pressing)
Castle (UK), 1988. New Copy
CD...$4.99 19.98
An excellent live set by Roy Ayers – recorded back in 1988, but with a sound that's right up there with his classic work! Roy's working here in front of a very appreciative crowd at London's Ronnie Scott's night club – and there's clearly plenty of British rare groovers in the audience ... CD