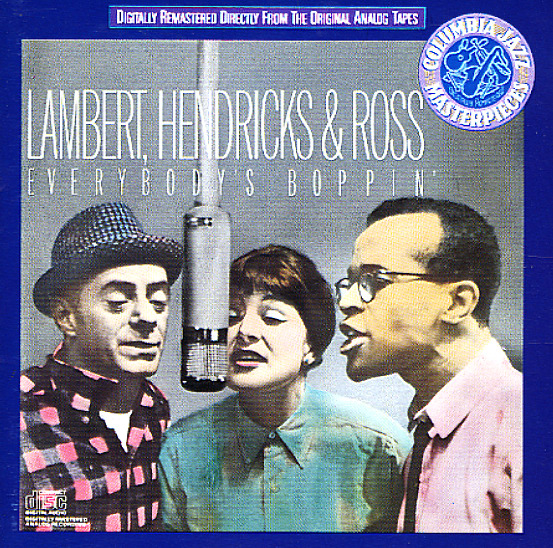 Sing A Song Of Basie (Impulse pressing)
Impulse, Late 50s. Used
CD...$4.99
One of the first albums ever by this legendary jazz vocal group! LHR do the incredible – and create a set of vocal renditions of standards by the Basie band, putting jazzy lyrics in to replace the instrumental solos, but keeping the same vibe as the original tracks. The sound and approach ... CD

Rapture/Romantically
Columbia/Collectors Choice, 1962/1963. Used 2 CDs
CD...$18.99
A wonderful 2-fer – a double-dose of Johnny Mathis during his early Columbia years! Rapture is a record that really lives up to its title – a heady batch of tunes that use heavy string arrangements from Don Costa – never too light, and always lush enough to bring out the full ... CD

Take Five – Recorded Live At Basin Street East
Columbia/Sony (Japan), 1961. Used
CD...$24.99
A rare jazz vocal album from Dave Brubeck – one that has the famous pianist working here with Carmen McRae – who served up a hose of vocal versions of some of Dave's best compositions! The format is a great one – a really fresh take on the Brubeck idiom, and a setting that makes ... CD

Jo + Jazz
Columbia/Corinthian, Late 50s. Used
CD...$6.99
They certainly got the title right on this one – as Jo's singing a great batch of jazz-based tracks – and getting help from an array of small group players that include Ben Webster, Johnny Hodges, Conte Candoli, and Ray Nance! Arrangements are by Johnny Mandel, in a warmly chromatic ... CD

Lover Man (with bonus tracks)
Columbia, 1962. Used
CD...$3.99
An overlooked gem from Carmen – one of her few albums for Columbia from the 60s, and a wonderfully swinging small group session that's got a much more relaxed feel than some of her earlier sets! The album's ostensibly a tribute to Billie Holiday – but it's taken in a way that's ... CD