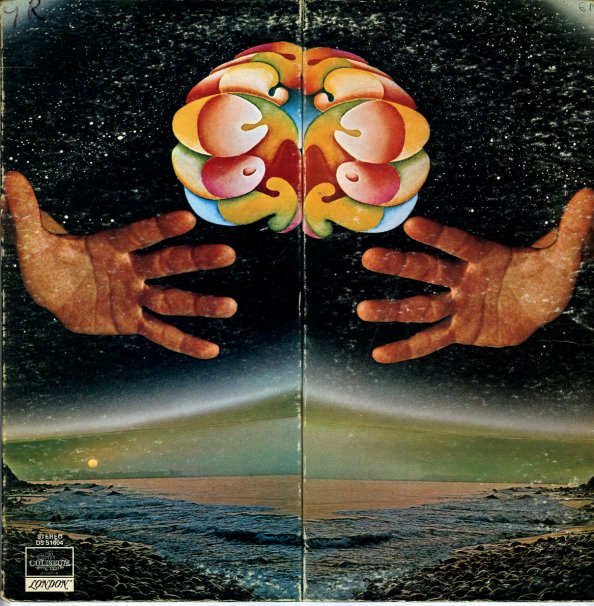 A pivotal record in the sound of the US scene at the end of the 60s – and a record that seems to trace an entire evolution in rock during the space of just one album! Touch have roots that go back to The Kingsmen and Don & The Goodtimes – and you can definitely hear garage elements in the organ and guitars – but they're also stretching out freely in all the heady freedoms of the late 60s – with a soaring approach that definitely lives up to the cover image! There's a blend of rough and rootsy with confident and cosmic going on – a really powerful approach that's made the album a standout for years, even if the group never hit some of the fame of their bigger contemporaries. Titles include "We Feel Fine", "Friendly Birds", "Down At Circe's Place", "The Spiritual Death Of Howard Greer", and "Seventy Five".  © 1996-2021, Dusty Groove, Inc.
(In the fold-out cover. Includes the insert. Cover has peeling on the bottom 2 inches.)