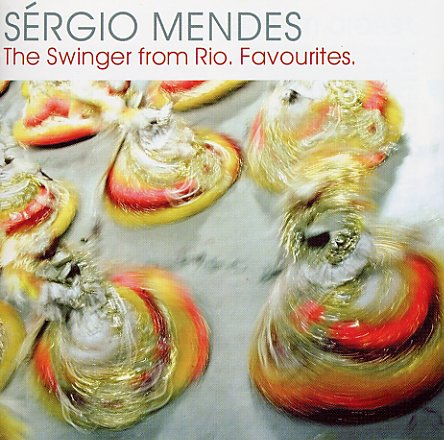 Groovy groovy stuff – and a sweet little collection of Sergio's greatest work with his groups Brasil 66 and Brasil 88! The format of the ensemble was an instant hit – with 2 female voices harmonizing in the lead, bossa rhythms bubbling under the bottom, and plenty of sweet jazzy work on the keyboards from Sergio himself. The set brings together 24 tracks in all – mostly from the group's glory days at the end of the 60s, plus a few more overlooked gems from their mid 80s return to traditional bossa rhythms. The whole thing works wonderfully as a groovy bossa party from the very first note – and delightfully trips its way through tunes that include "Wave", "Pais Tropical", "Chove Chuva", "Mas Que Nada", "Never Gonna Let You Go", "Like A Lover", "The Frog", "Bim Bom", "Trilhos Urbanos", "Puzzle Of Hearts", and "Pretty World".  © 1996-2022, Dusty Groove, Inc.
(Out of print and still sealed.)