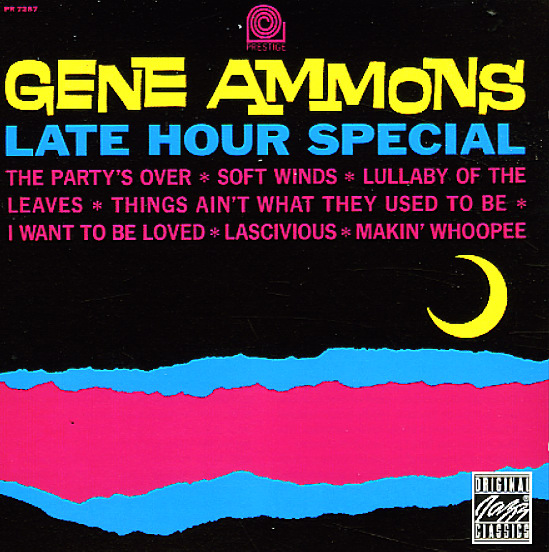 Very nice album by Jug that often gets overlooked because it's comprised of 2 different sessions, and can't get the "historical" writeup of being a single significant moment in the studio. Some tracks – including "Lascivious" and "Soft Winds" – are with a tight quartet that features the very soulful piano of Patti Brown. The others are with a larger group that has a whole horn section backing Jug up. The sound's a bit unusual for his records of the time, but it also gives him a great platform to work from, and he wails out of the group on his solos. Other titles include "Lullaby Of The Leaves" and "Things Ain't What They Used To Be".  © 1996-2021, Dusty Groove, Inc.
(Out of print. Booklet and tray card have light stains.)

Big Sound
Prestige, Mid 50s. Used
CD...$11.99
Classic Jug, playing in a laidback open-ended blowing session, with other strong Prestige players – like Coltrane, Jerome Richardson, Paul Quinichette, Art Taylor, and Mal Waldron, who always seems to be the driving force between most Prestige sides like this. The album has only 4 tracks, ... CD