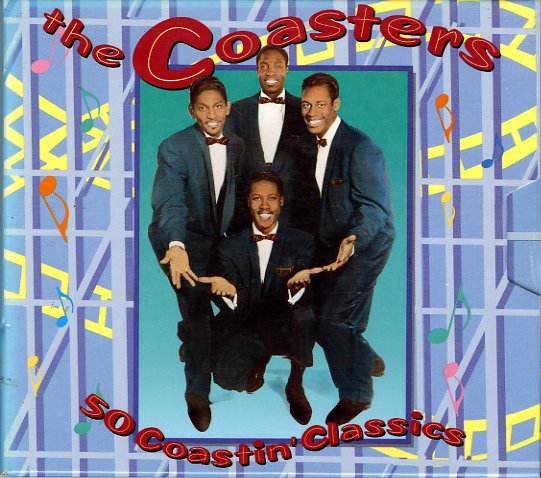 Sure, they were hitmakers – but we love these guys, and find them to be one of the most radical vocal groups of all time! Under the impeccable guidance of Lieber & Stoller, the group recorded some of the fiercest vocal numbers of the 50s – mixing incredibly soulful vocals with an almost cartoonish ability to conjure up little pictures with words. This 50-track, 2CD set is an amazing tribute to the group's genius – and it includes a wonderful range of material that begins with their early days as The Robins, and which runs up to later sides cut as funky 45s for the Date label in the late 60s. Features the great funk numbers "Soul Pad", "DW Washburn", and "Down Home Girl" – plus totall excellent doo wop tunes like "Shoppin For Clothes", "Hitchin A Ride", "Girls Girls Girls", "The Slime", "Hongry", "Hey Sexy", "The Shadow Knows", "Sorry But I'm Gonna Have To Pass", "One Kiss", "What Is The Secret Of Your Success?", "Idol With The Golden Head", "Besame Mucho", "Stewball", "What About Us", and "Along Came Jones". Also includes the big hits – but the set goes way past that stuff too!  © 1996-2021, Dusty Groove, Inc.
(Out of print.)