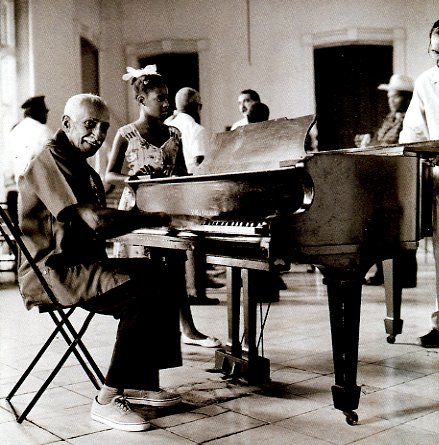 (Out of print, includes original slipcase.)

Buena Vista Social Club Presents Ibrahim Ferrer
World Circuit/Nonesuch, 1999. Used
CD...$3.99
Maybe one of the most wonderful things to come out of the Buena Visa Social Club project of Ry Cooder – a record that introduced many Americans to the voice of Cuban singer Ibrahim Ferrer – a talent from back in the day, but one whose route to US audiences was closed for decades because ... CD

El Alma Del Barrio – The Soul Of Spanish Harlem
Tico, 1964. Used
CD...$16.99
The Soul of Spanish Harlem – and the upbeat sound of the Joe Cuba Sextet – a hard-to-find album recorded just before the dawn of the classic Latin soul era! This one has been underappreciated for years, which is a shame, because it's got a lot of very nice grooves with that tight Joe ... CD