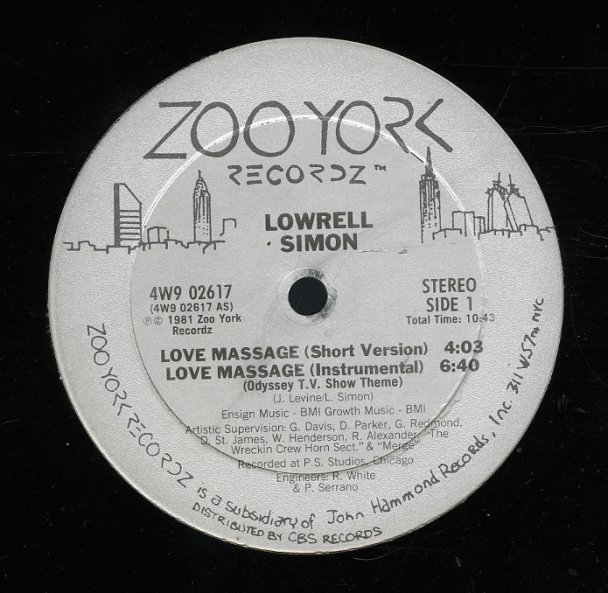 A fantastic mellow groover from Lowrell! The cut's got a bit of a Barry White approach – but with a groove that's stripped down more, and which slinks along a bassline and guitar riff that really sparkle nicely. The whole thing's super-tasty – and it's one of the best indie soul tracks we can think of from the time!  © 1996-2020, Dusty Groove, Inc.