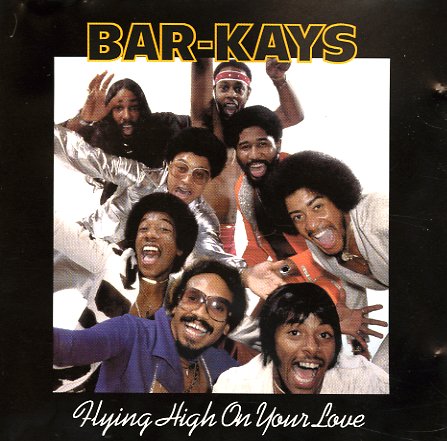 Flying High On Your Love

A great step forward for The Bar-Kays – an album that actually has them taking on a few mellower moments, amidst the heavy funk you might expect – yet all without softening their groove at all! The album's very much in the best spirit of the group's Mercury debut – still recorded in Memphis, with production that's tight, but never uptight – enough to firmly put the group at the top of the funk superstar scene of the mid 70s, yet never sell out the rich Memphis groove that first got them going! Titles include "You Can't Run Away", "Let's Have Some Fun", "Can't Keep My Hands Off You", "Whatever It Is", and "Shut the Funk Up".  © 1996-2022, Dusty Groove, Inc.
(Includes printed inner sleeve. Cover has some staining and peeling from moisture along the opening.)

Them Changes
Mercury, 1970. Very Good Gatefold
LP...$34.99
A landmark crossover album – featuring Buddy Miles' mixed Freedom Express group, and a heavy jazz-rock sound that would soon dominate the charts with other groups. Buddy's drums are super-heavy, even if his vocals always get us the wrong way. Includes the original recording of "Them ... LP, Vinyl record album