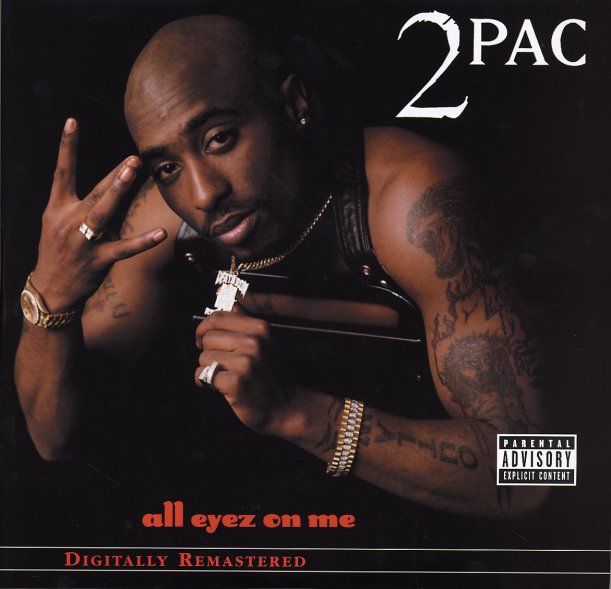 All Eyez On Me

Maybe the most lasting classic during the short but important run of Tupac Shakur – the overstuffed album that catapulted him to huge mainstream fame, and which was also the last to be released before his early death. The producers and guests read like a who's who of the harder side of the mainstream spectrum – and include Dr Dre, Snoop Dogg, Redman, Method Man, Kurupt, E-40, The Outlawz, and others – but it's also clear who's going for the crown here, as you'll hear on tracks that include "All Eyez On Me", "California Love (rmx)", "I Ain't Mad At Cha", "2 Of Amerikaz Most Wanted", "Can't C Me", "Heartz Of Men", "Got My Mind Made Up", "Shorty Wanna Be A Thug", "Ain't Hard 2 Find", "Run Tha Streetz", "Picture Me Rollin", "When We Ride", "Thug Passion", "Heaven Ain't Hard 2 Find", and "How Do U Want It".  © 1996-2023, Dusty Groove, Inc.
(Out of print.)