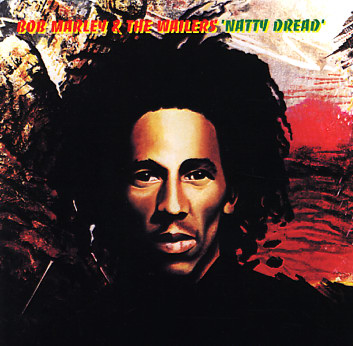 A breakthrough album from Bob Marley – a set that was recorded equally in Kingston and London, and which has a globe-spanning vibe to match! Marley's star had already been rising by the time of this set – but this album helped cement both his lasting power, and the worldwide influence of the music that Jamaica was bringing forth – served up by a sharp lineup that includes Aston "Family Man" Barrett on bass, Carlton Barrett on drums and percussion, Touter on piano and organ, and Al Anderson on lead guitar – as well as soulful backing from the I-Threes. A good chunk of the record was recorded at Harry J's – not as tightly as some of the later Island Records material – and titles include the classics "Lively Up Yourself", "No Woman No Cry", "Rebel Music", "Natty Dread" and "Talkin' Blues". This reissue includes a 10th bonus track, "Am-A-Do".  © 1996-2021, Dusty Groove, Inc.
(2001 Island Remasters pressing. Cutout hole through case and tray card.)

Legend (2CD deluxe edition)
Island, 1970s. Used 2CD
CD...$8.99 (CD...$3.99)
While we're not big on career retrospective best of's, especially artists like Marley, whose been collected over & over, this is actually a respectable set, and the deluxe edition includes a full CD of bonus tracks, all remixes from the 80s. Don't worry though, we know there's clubby remixes ... CD

Uprising
Island, 1980. Used
CD...$2.99 (LP...$36.99)
The last studio album issued by Bob Marley during his too-short lifetime – and the kind of record that continued to keep him at the top of the global scene – not just a reggae star, but a worldwide superstar who would have kept the fire burning for decades! The group is rock-solid ... CD

Legend – The Best Of Bob Marley & The Wailers
Island, 1970s. Used
CD...$3.99 (CD...$8.99)
While we're not big on career retrospective best of's, especially artists like Marley, whose been collected over & over, this is actually a respectable set, and the vinyl's pretty darn hard to get ahold of anymore. Includes tons of classics, like "Get Up Stand Up", "Exodus", ... CD

Harder They Come (2CD Deluxe Edition)
Island, 1972. Used 2 CDs
CD...$26.99 (LP...$29.99)
A record that's not only a landmark in Jamaican music – but also a set that was to reggae what Curtis Mayfield's Superfly was to 70s soul! In other words, the set not only raised the bar for all the competition, it also ended up in a lot more record collections than most of them too – ... CD

Dub Gone Crazy
Blood & Fire (UK), Mid 70s. Used
CD...$12.99
The compilation that put Blood & Fire on the map and may well have started the 90s dub revival! 14 heavy tracks, produced by Bunny Lee, played by the Aggrovators at Tubby's and dubbed into atmospheric soundscapes by Tubby and his disciples Prince Jammy, Prince Phillip & Scientist. An ... CD

King Dub
Nascente (UK), Mid 70s. Used
CD...$16.99
King Dubby is more like it! This excellent and nicely priced collection has a bit of overlap with the other sets we carry, but not more than a cut or 2, and there's some prime dubs of nice fat rhythms here, including some by Bunny Lee and Augustus Pablo. Includes "Dub From The Roots", ... CD