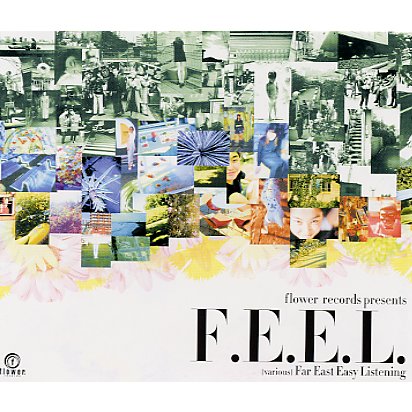 Hardly a set of Easy Listening – more a crackling batch of dancefloor tracks from one of Japan's hippest labels! Flower Records is one of those companies that just keeps on getting better and better over the years – coming up with new artists, new records, and new sounds that show that the label's really one to watch these days, on the cutting edge of the ultra-cool Japanese underground. Flower's artists work in a territory that's steeped in soul, and which has a link to grooves currently coming out of scenes in London, Germany, Italy, and France – a near-global approach that's making a heck of a big splash these days. Titles include "Our Roots" by Bayaka, "Yoyogi Park" by Utsumi, "Now Or Never" by Jazztronik, "Closer Than Before" by Nostrum 3, "Heat Haze" by Stereo 28, "Stranger In Dubland" by Slowman, and "Baby" by Reggae Disco Rockers with Horace Andy.  © 1996-2021, Dusty Groove, Inc.
(Out of print, includes obi.)

Sunny Side Garden
Flower (Japan), 2001. Used
CD...$8.99
A completely satisfying album from one of the brightest new stars on the Japanese scene! Su Paka Pooh breaks out here with a swirling batch of warm, soulful grooves – a bit house-oriented in structure, but with plenty of spiritual jazzy touches, and a cosmic finish that keeps the record ... CD