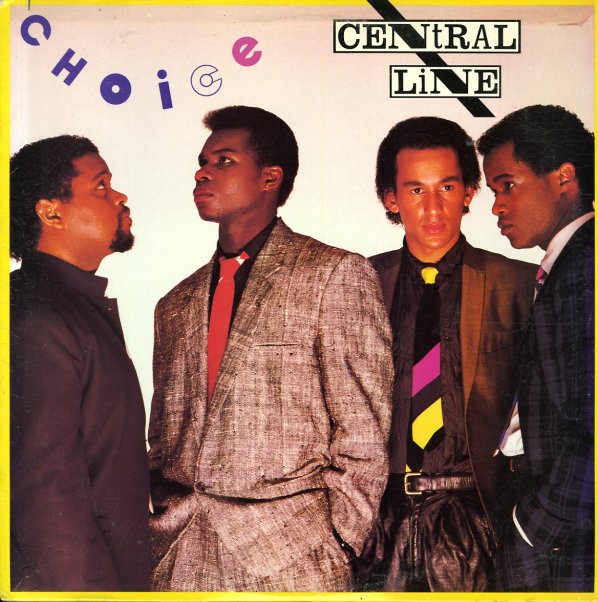 Bass-heavy soul from Central Line – very much in the Kleeer mode, although perhaps with more funk and less harmony vocals. The bass pedals and keyboards are in full effect here – and the vocals get dramatic at times just to keep up with them. Titles include "Man At The Top", "Time For Some Fun", "Betcha Gonna", "Bad Floyd", "Lost In Love", and "Lovely Day".  © 1996-2022, Dusty Groove, Inc.
(Includes the printed inner sleeve. Cover has light wear and a cut corner.)

Fire
Mercury, 1975. Very Good+ Gatefold
LP...$19.99 (CD...$13.99)
One of the biggest albums ever for Ohio Players – a set that took their earlier funk sound and targeted firmly at the mainstream with a lean, mean groove that a million other groups copied at the time! There's still plenty of the soul of the early years in the group's approach here – ... LP, Vinyl record album

Too Hot To Stop
Mercury, 1976. Very Good
LP...$11.99
A pivotal album from The Bar-Kays – a key post-Stax set, but one that's still very firmly grounded in Memphis funk! The groove definitely shows a bit more polish than before – the same sort of shift the Ohio Players made after moving to Mercury Records – but as with the Players ... LP, Vinyl record album

Sweet Sixteen
Mercury, 1974. Very Good-
LP...$5.99
A lost little gem from Jerry – recorded towards the end of his years with Mercury. The record's got Jerry working in a much hipper style than before, drawing off the pool of younger Chicago soul talents that he'd begun to collect on some of his earlier albums for Mercury – and the ... LP, Vinyl record album

Concerto In B Goode
Mercury, Late 60s. Very Good+
LP...$26.99
If you think that Chuck Berry only hit his heights at Chess Records, then get ready to change your mind – as this late 60s record for Mercury is quite a cooker! Side one has Berry working in a cool hybrid of blues and soul, but with some very weird production – handled by Chuck himself ... LP, Vinyl record album

Look What You're Doing To The Man
Mercury, Early 70s. Near Mint-
LP...$6.99
A great early soul set from Melba Moore – recording here as a much more righteous vocalist than on her previous theater performances in Purlie and Hair! The album's got a solid feel all the way through – one that really sets Moore on the right path in this side of her career, in ways ... LP, Vinyl record album