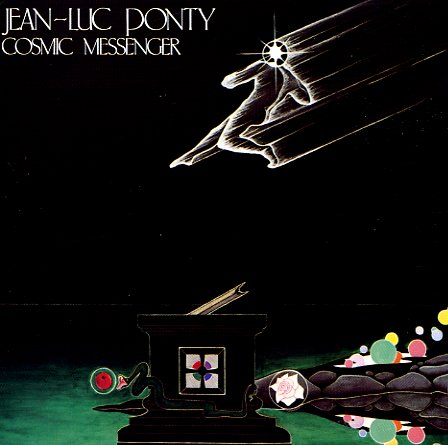 An album that really lives up to its title – as the mighty Jean Luc Ponty mixes together keyboards and electric violin in a really cosmic style – pushing forward both his music and the sound of 70s fusion at the same time – and with the sort of rock-solid approach that always helped his records find a much bigger audience than standard jazz albums at the time! The violin was nothing new in jazz by the time of this set – but in the hands of Jean-Luc, it really takes off in a different way – more keyboard-styled in the structure of the riffs, balanced here with additional keyboards from Allan Zavod, next to more guitar, bass, and percussion – but always in a way that's never too rock-jamming overall. Titles include "Ethereal Mood", "Fake Paradise", "Puppets Dance", "Cosmic Messenger", "Art Of Happiness", and "Egocentric Molecules".  © 1996-2023, Dusty Groove, Inc.
(Includes the printed inner sleeve. Cover has light wear.)

More Soul
Atlantic, 1960. Very Good
LP...$7.99 (CD...$5.99)
Given Hank Crawford's soulful legacy on the alto sax – one that already made him a star in Ray Charles group by the time of this LP – it would be hard to add More Soul to his bag – but that's what he's going for here, and we've gotta say that it works pretty darn well! The ... LP, Vinyl record album