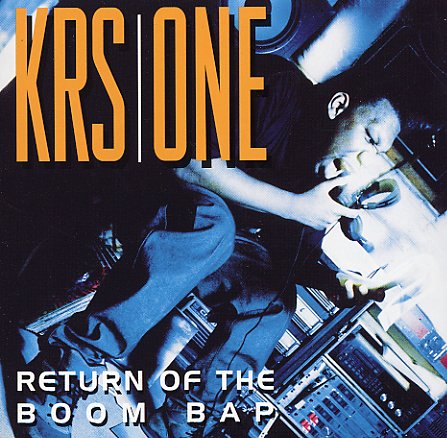 Return Of The Boom Bap

The first KRS solo LP – breaking out of the formula of later Boogie Down Production a bit by collaborating with rising talent underground favorite producers like DJ Premier, Showbiz and Kid Capri in addition to his own solid production work – and ends up standing as strong as he ever would as a solo artist! The production stands the test of time incredibly well, as does KRS's peak level precision on the mic. Includes the hits "Outta Here", "I Can't Wake Up", "Black Cop", "Sound Of The Police", but this one is solid throughout. Other tracks including "Stop Frontin'", "Uh Oh", "Hip Hop Vs Rap", "Brown Skin Woman", "Return Of The Boom Bap" and more.  © 1996-2021, Dusty Groove, Inc.
(Out of print.)