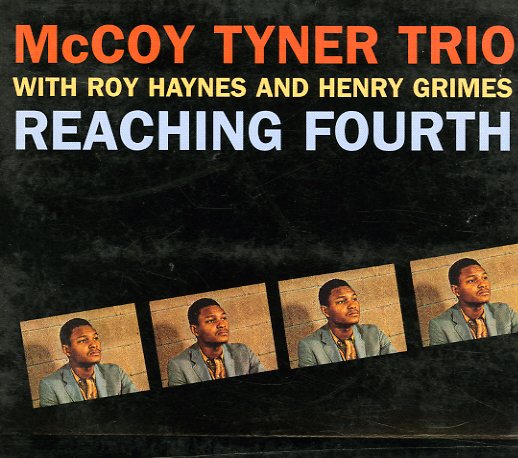 McCoy Tyner's definitely "reaching forth" here – stretching past obvious piano trio modes, thanks to hip help from Henry Grimes on bass and Roy Haynes on drums! The groove is very open and freewheeling – yet all without being avant or outside – those hip modal-inspired sounds that you'd be likely to hear on some of Haynes' excellent early 60s sessions, cast here in beautiful tones and colors that show Tyner already stretching past the core sounds he was laying down with John Coltrane. Even the ballads have a nice sort of edge – as familiar numbers are recast in some darker clothing – and titles include the originals "Reaching Fourth" and "Blues Back" – plus versions of "Theme For Ernie", "Have You Met Miss Jones", "Old Devil Moon", and "Goodbye".  © 1996-2022, Dusty Groove, Inc.
(Out of print, mark through barcode.)

World Galaxy
Impulse (Japan), 1971. Used
CD...$18.99
One of Alice Coltrane's most ambitious albums of the early years – recorded with a full set of heavenly orchestrations! The core group features Alice on piano, organ, and harp – alongside Frank Lowe on saxes, Reggie Workman on bass, Leroy Jenkins on violin, and Ben Riley on drums. ... CD

Soul Trombone (Japanese paper sleeve edition)
Impulse (Japan), 1961. Used Gatefold
CD...$34.99
One of the best non-Blue Note albums from the early years of trombone giant Curtis Fuller – a definite cooker that more than lives up to its title! At his best, Fully often played his instrument with a style that was more like a trumpet than trombone – isolated notes, sharp sense of ... CD

Everybody Knows Johnny Hodges (with bonus tracks)
Impulse/GRP, 1964. Used
CD...$6.99 (LP...$29.99)
A nice little 60s album by Johnny Hodges – one of the few post-Verve sessions that has him still playing in the hard swinging Ellingtonia small combo mode of the 50s! Players are all strong – and include Jimmy Jones, Cat Anderson, Ray Nance, Harry Carney, and Paul Gonsalves – and ... CD

Earth Jones
Quicksilver, 1982. Used
CD...$12.99
Soaring, righteous sounds from Elvin Jones – an early 80s session, but one that cooks as strongly as his most soulful albums from the 70s! In fact, there's almost a focus or tightness here that could sometimes be missing from other Jones albums – a really bold, sharp use of the group's ... CD