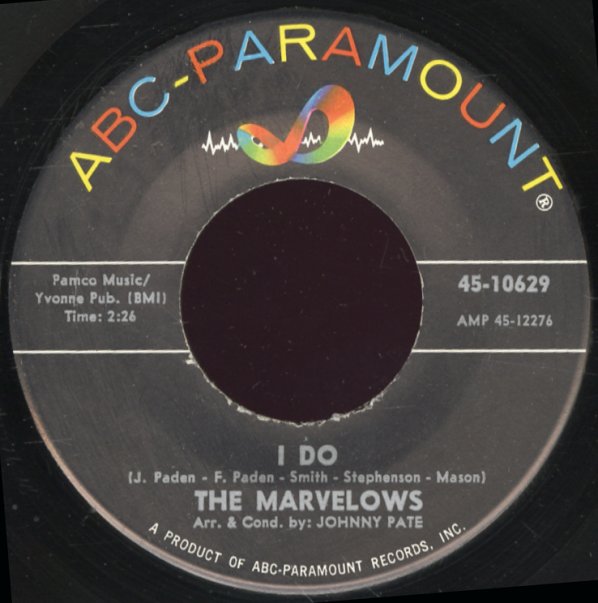 Probably the biggest record ever by this sweeeet Chicago soul group! "I Do" was later ruined by a bad cover by J Geils – but this early version is a killer, with soaring harmonies that really make the track groove! "My Heart" is great too – a mellow number, with some great late nite harmonies that dip and turn.  © 1996-2021, Dusty Groove, Inc.
(In an ABC Paramount sleeve, including jukebox tabs.)