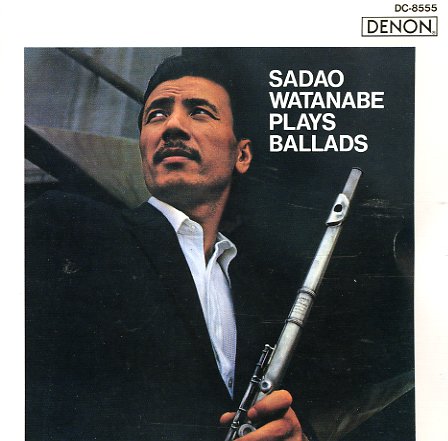 Haunting early work from Japanese reed legend Sadao Watanabe – an artist who makes the record way more than just a set of familiar ballads! True, the set's a bit more mellow than some of Watanabe's other work of the time – but his work on alto and flute really have this subtle sort of edge – a melancholy quality that's different than the way that American players of the period might have hit the music – and which shows just how much Watanabe and a few key players were transforming the style of the Japanese scene! Tracks are short, and the format is simple – but the record's got an understated elegance that's every bit the best side of Sadao in his early years. Titles include "Old Folks", "Spring Is Here", "My Foolish Heart", "They Say It's Wonderful", "Sometimes I Feel Like A Motherless Child", and "Once Upon A Summertime".  © 1996-2022, Dusty Groove, Inc.
(Out of print.)

California Shower
Victor (Japan), 1978. Used
CD...$14.99
A key fusion set from Sadao Watanabe – a record that has him moving away from some of the bolder tones of the early 70s, into warmly soulful territory that would him him find a much bigger international audience! The album's still got a nice sharp edge, though – as it's recorded in ... CD